King of Fools Gen A Heirpoll

Forum rules
When your poll is completed, please report it and ask for it to be locked.
Post Reply
2 posts • Page 1 of 1

King of Fools Gen A Heirpoll

So... the time has come again to choose who will bear the <s>metaphorical</s> crown for next generation of the King ISBI!

Arryn and Caden have been a very hot and cold couple, with moments where I can swear he's terrified of her, and then moments were I do believe they love eachother lol this has been a fun generation for sure. Anyways, something I was always sure about these two is that they would make beautiful kids, and they sure did, now the question is: which one of these kids do you think can actually make for another super fun and chaotic generation? The decision is all yours readers! 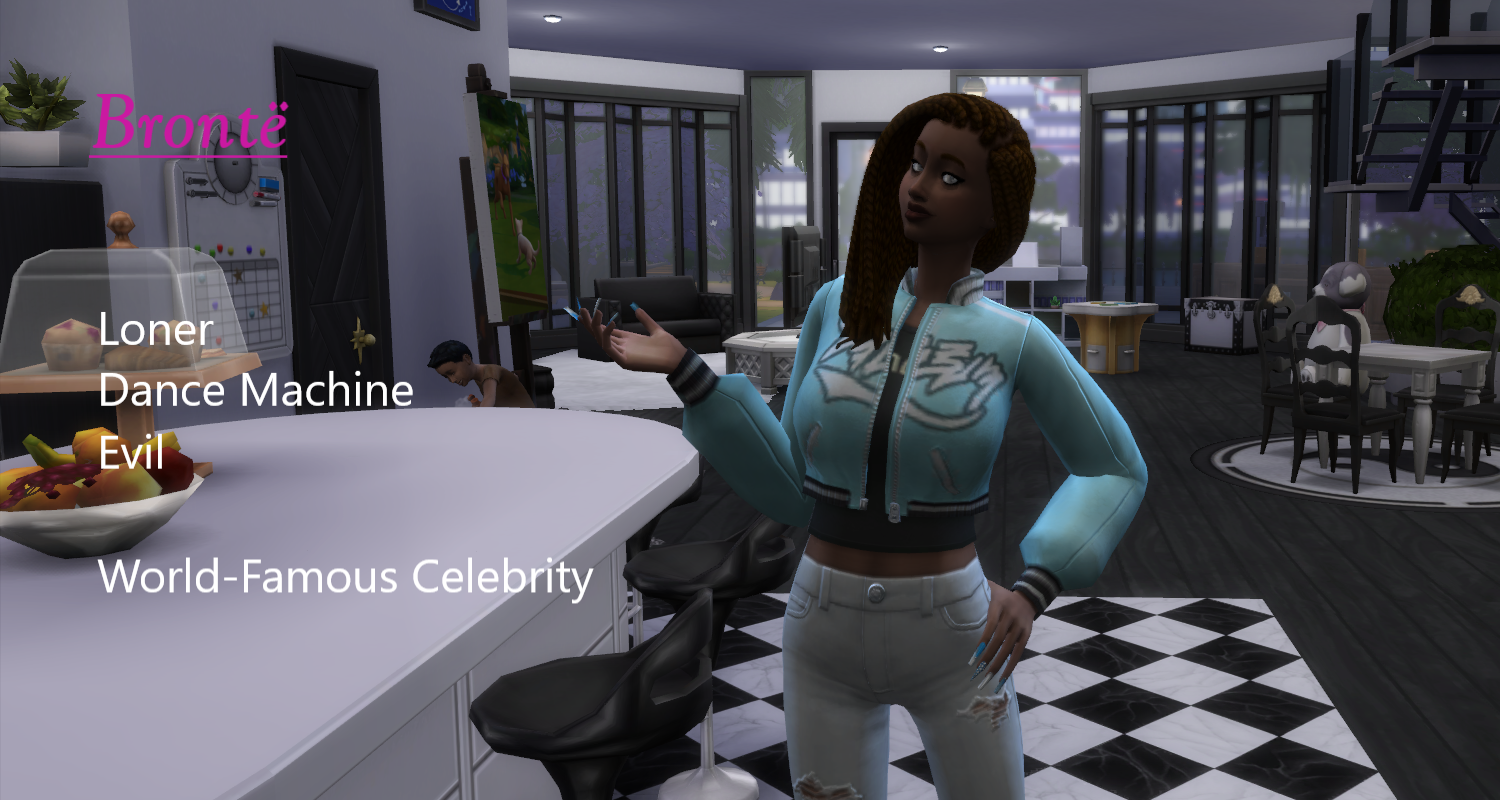 First contestant today is our first born and only girl in the generation: Brontë.
Brontë has some great traits, I love the idea of playing an Evil celebrity with that mix! Though I gotta admit that since I'm currently playing that aspiration in both my Name Game and my Baby Boom, I'm not extremelly excited about playing it again, but we could make it work. She only got us a B at school but she has proven she's great at skilling at least, which impresses me as she doesn't have any special traits lol.
Looks wise she's simply stunning. I think she's the one that looks closer to Arryn with her hair and eyes, but she got the best of Caden too. I really, really love her looks lol would even go ahead and name her the best looking sim of this generation. 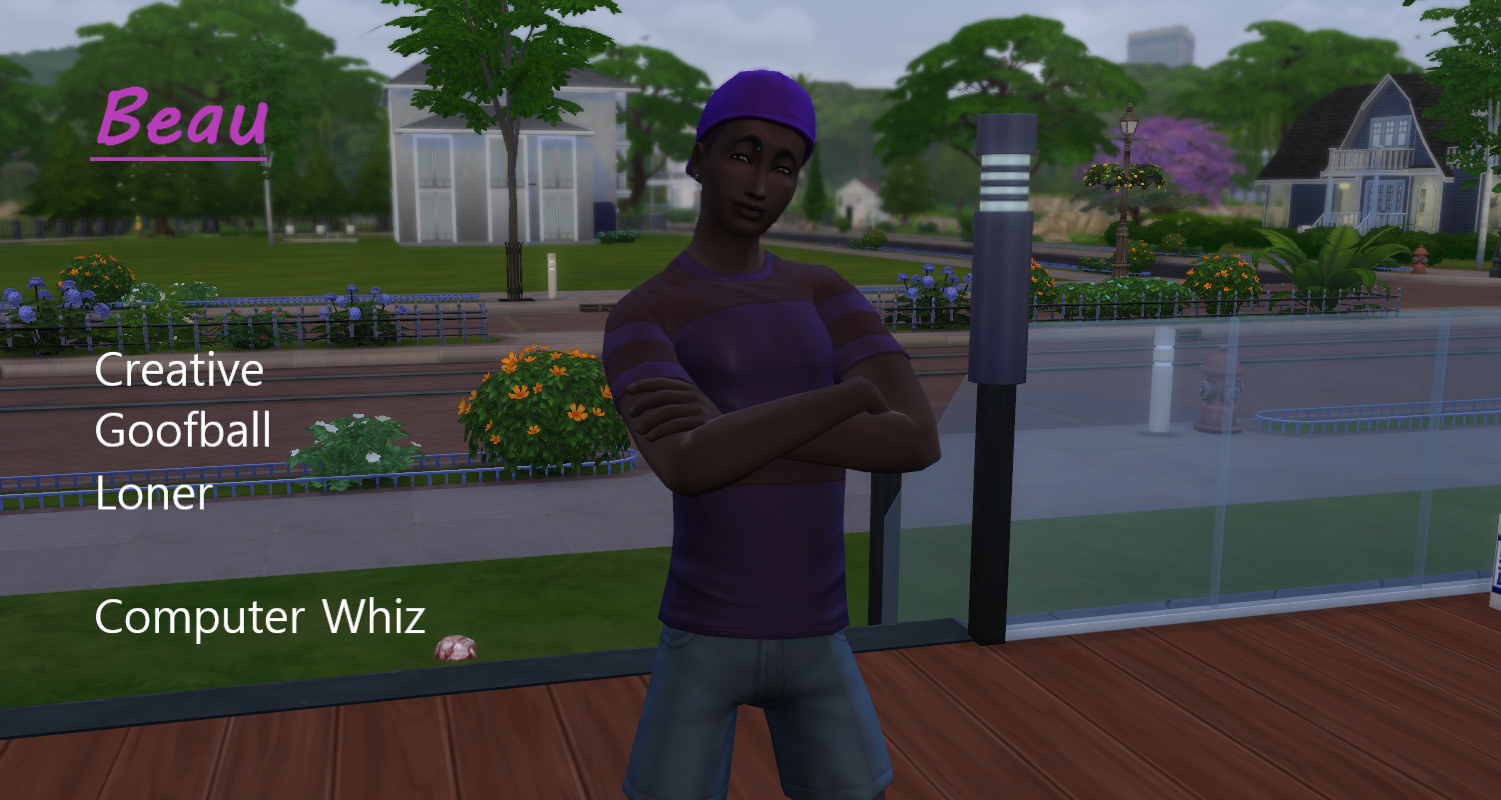 Next up we have the older of the twins; Beau. They also have some pretty cool traits, I like goofballs honestly, and their aspiration is a pretty good one for this type of Challenge, and also one that's always fun to play around. He also, unlike Brontë, already has an A and has been doing very good with skilling.
In the looks deparment they and their twin are identical as far as I can see. They're both very handsome but look almost like clones of Caden, though not quite. I gotta admit I like Beau's style a little better tho, I don't know, I just think he really rocks the mohawk lol. 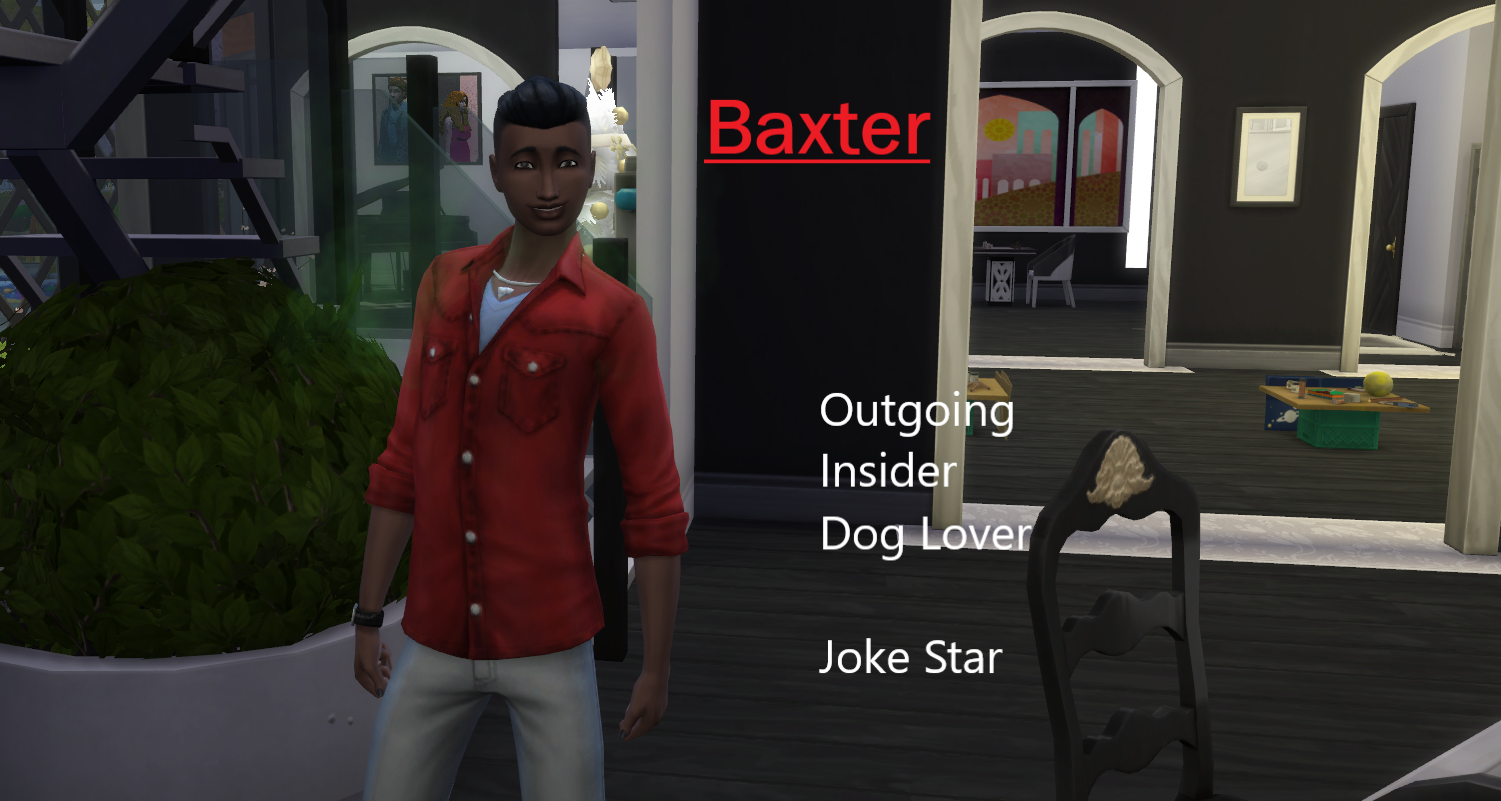 Next up we have the second twin, Baxter. Traits wise he's not as interesting as his older siblings, but I gotta admit I feel he compensates with a fun aspiration I haven't really played around much. I know some people don't like this aspiration for the posibility of mood-related deaths, but I'm curious for the same reason lol. Also, he still has a B at school, but since he's doing better with homework lately I think we can manage to get that A before he grows up.
As said before he and Beau are identical twins, they're both handsome and look a lot like Caden, which is not a bad thing because Caden is handsome. And at least they haven't acted like Caden with all the fires and stuff, so I'm willing to give them the chance to lead the family lol. 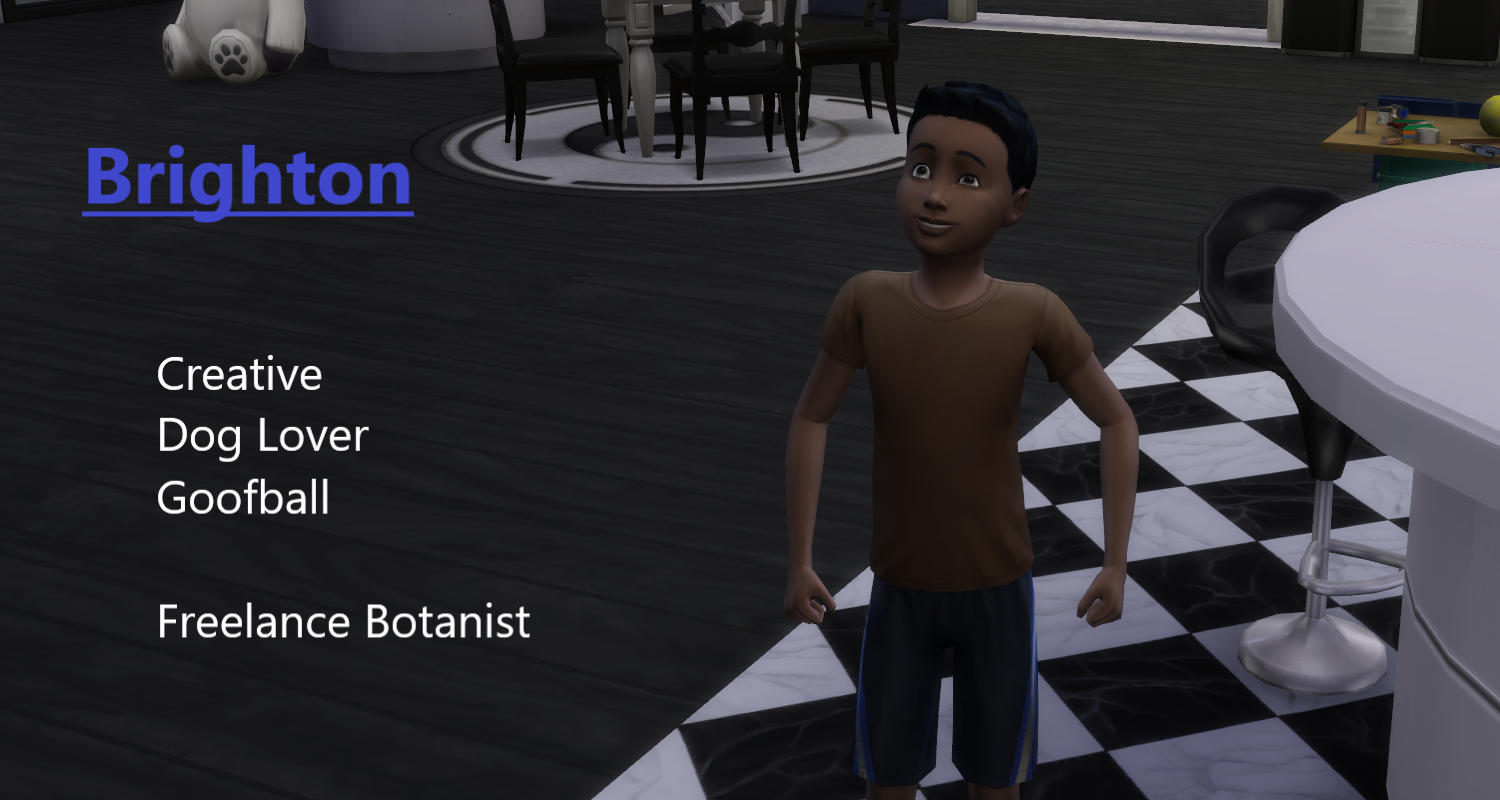 Next in the line: the so far baby of the family until oops baby shows, Brighton.
Again, a goofball and creative, both of them I love~ His aspiration is a pretty good one, buuuut it's the same one we completed with Thad last generation... and honestly for all the space this mansion has, we have no garden lol I guess we could make some room if needed tho. Brighton is a cute kid, he's definitely the younger, cutest little brother, and he's honestly a pretty good kid. Also, I gotta mention he's the only one so far who has managed the Happy Toddler trait, so that's a good extra.
Looks wise, I've cheated a little and peeked at him as a teen in CAS: He's good lookin'! Which doesn't really surprises anyone. He's actually a pretty good mix of his parents, though like the twins, he favors Caden a liiiiittle bit more. 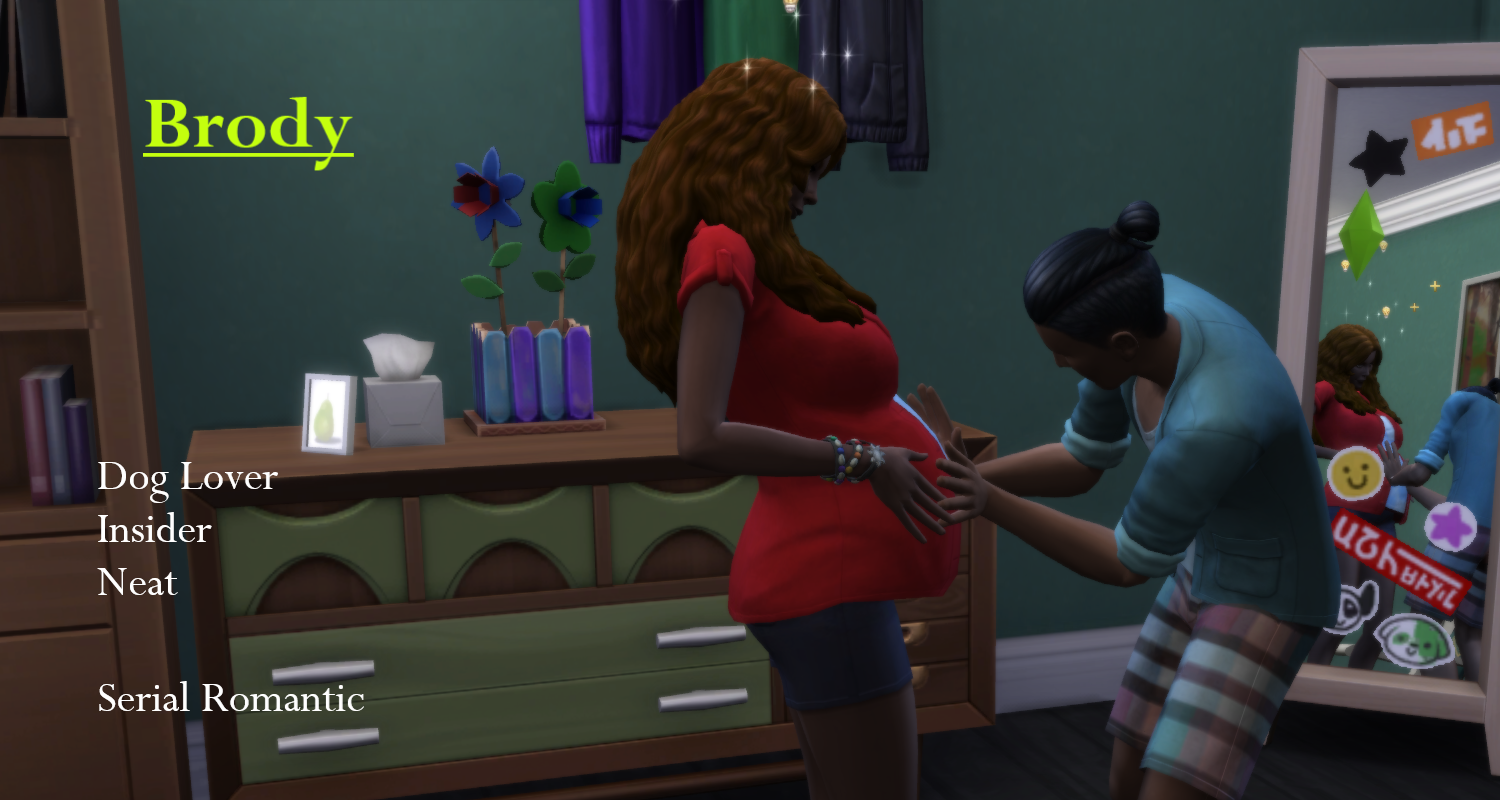 I decided our surprise oops baby gets a shot at heirship too lol, so I peeked at MCCC to check we're having yet another boy! Damn these Y-chromosomes lol!
Anyways, my best friend named this kid Brody, and I rolled for his traits and stuff inmediatly to make this: he somehow gets the same aspiration as Arryn, and surprisingly I'm not mad about it, this is one of my favorite aspirations honestly lol. His traits aren't particulary interesting, but I'm eyeing that Neat trait there, is always nice to have lol.
I can't say anything about appearance because I have no idea how he's gonna look, but hey, I literally chose Caden as Arryn's partner because I knew they would make cute kids, so I'm not worrried about that lol. The major downside about Brody is, of course, <em>that he's not even born yet</em>, I'll probably drive myself and you all crazy waiting for him to grow up lol.

Re: King of Fools Gen A Heirpoll

Hey guys! The poll Is closing tomorrow! In case anybody wants to get a last minute vote in!

Thanks as always for participating!