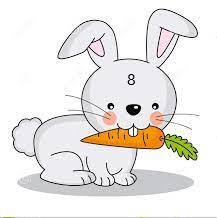 Hey, everyone, hope you're all doing great! I've been somewhat MIA on the forums but I'm trying not to push myself to update and play just for the sake of posting, so that I don't get bored and burnt out with my EPIC challenge (I've also been on a bit of a building craze the past few days, lol). I'm planning to upload again soon, but I want to get some advice before doing anything as I have something special planned.

As you guys may or may not know, depending on if you followed my Disney princess and Awesomesauce-Pretacy challenges, my old laptop died on me. As a result, I lost both the Didney and Curcubeu families and I was upset over this for quite some time. The past couple of days, however, I've been considering reviving them both because I miss playing with them so much. This is where I need your help: since I don't have any saves backed up and I had to re-install the game on a new laptop, what do you think would be the best way to reboot the challenges? I kind of have something figured out for the Awesomesauce-Pretacy challenge, but I'm really stuck on the Disney one.

Awesomesauce-Pretacy challenge: I can download the original foundress (and her male counterpart) from my LJ and try to modify her appearance to match the Curcubeu foundress. Alternatively, I can make a new founder to use instead. I'm kind of leaning towards the latter option, since it'll give me an excuse to create more monstrosities to add to the gene pool, but I don't mind sticking to my original Sim either. Plus, I'm okay with restarting as I didn't get very far the first time anyways. Whichever route I go for, in the end, I'll still need to start from scratch as the challenge ended in a weird limbo (i.e. after the Gen. 3 heir poll, but before I could officially pass the torch to the winner).

Disney princess challenge: I have absolutely nothing to work from for this revival, so I literally don't know how to go about it. I could always start fresh with a new founder, however I did make a lot of progress by reaching the halfway-point in the first version of the challenge (i.e. Gen. 5). On the one hand, this could be a good opportunity for my perfectionist self to try and meet all the generational goals I missed before. On the other hand, because I made so much progress the first time, it might be a bit exhausting to play through all those generations again. Another option I had in mind was to re-create the heiress (i.e. Belle) and simply pick up where I left off, but it was really hard to replicate her in Body Shop so I just gave up after the fourth attempt lol. Instead, I came up with a new alternative: to continue where I stopped with a new Belle (i.e. a new heiress). So it would kind of be like starting fresh but not really, if that makes sense?

What do you guys think? Is there an option I listed that you would want me to go for, or do you have some other suggestions I could try? Any and all advice would be greatly appreciated because, like I said, I want to do the challenges justice by bringing them back since they ended abruptly. Thanks in advance and I hope you all have a great day/night!

I'm not sure which direction you should go for the Disney Princess Challenge, but I do like the idea of restarting your awesomesauce/prettacy with epically ugly sim. Those are so fun to make, and sine you didn't get very far it'll be fun to make a new unique founder for it.
Summer Sim Challenge: Wackos OWBC

I would say a make new founder for your prettacy/uglacy.

And for your Princess Disney start off with a new Belle has you got so far. If there was a medal for this challenge, I would say start again at the beginning but there isn't. So Start with a new Belle instead

I think you have the right idea for both challenges. Making a new foundress for the Prettacy might make it feel easier to get a fresh start (not that I'd mind having Maya come back, though). As for the Disney Princess challenge, redoing four generations would take quite a while, so recreating the heiress sounds like a good idea, probably with the skills she'd gained in college.
Top

Hey Nooboostar, nice to see you again on the forums!

I'm in agreement with the others here that starting with Belle for the Disney Princess challenge and creating a new founder for the Awesomesauce one are both good ideas. Really though, I would be totally thrilled to see both of them back in whatever way possible! I've missed these guys.
Completed Challenges

Thank you to everyone for your responses and advice. I guess I'll start fresh with the Curcubeus and just I'll pick up where I left off in Gen. 5 with the Didneys like you all suggested. I'll be creating a new Belle, however, because I tried replicating the OG in Body Shop but gave up after several tries lol (it was harder than I thought